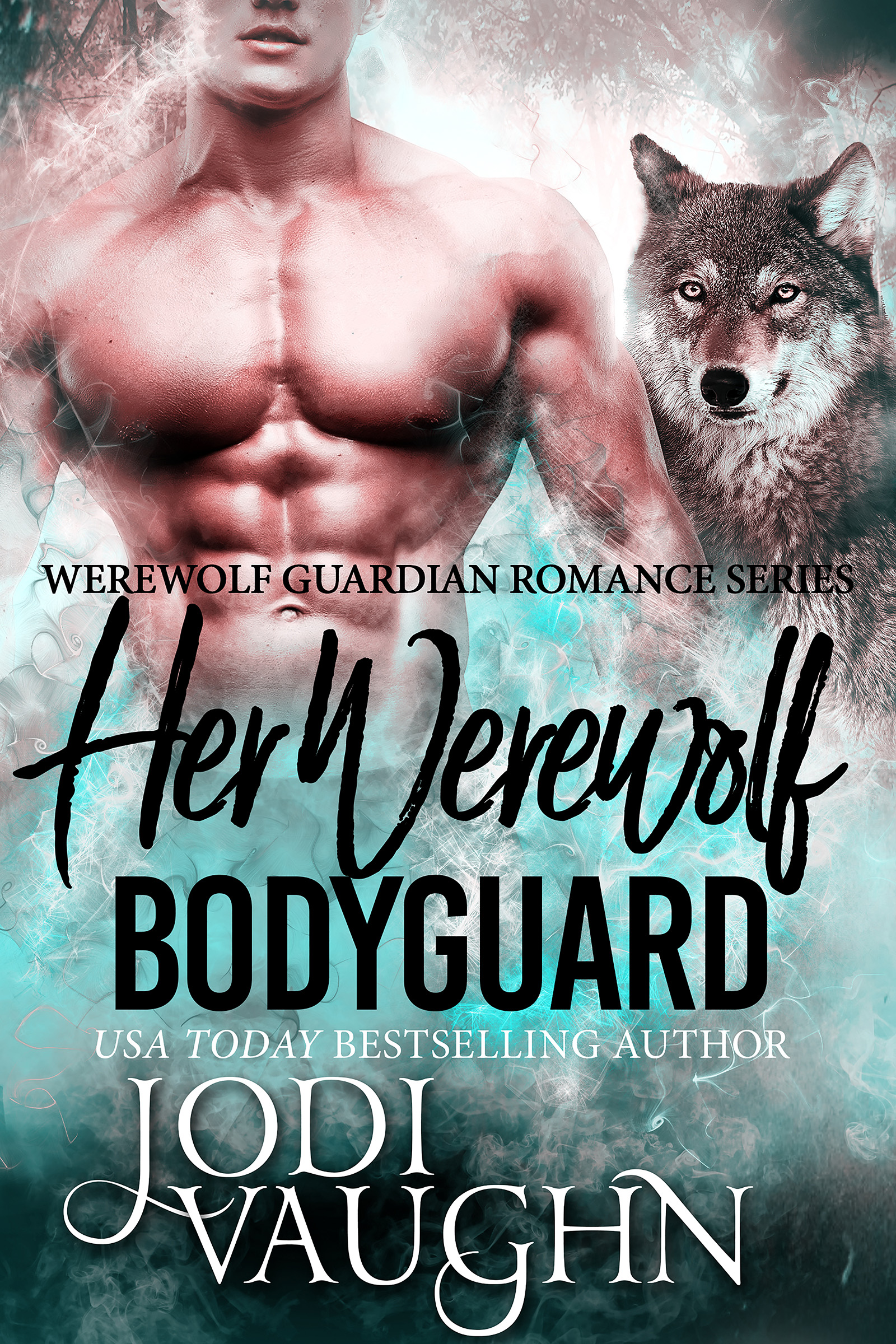 Buy this Book
Wild. Untamed. Blazing with need. She can’t avoid being burned.

Wild. Untamed. Blazing with need. She can’t avoid being burned.

Werewolf Damon Trahan lives by one rule, protect the pack with his life. Content to be left alone, he avoids complications until he is ordered to rescue a general’s daughter from a rival Wolfpack . . . or die trying. Little does he know she will tempt him to break every rule he’s ever known, because the opposing pack isn’t the only enemy in Ava’s life. Her own father has been keeping deadly secrets from Ava, and now it’s up to Damon to convince her of the truth before it’s too late.

Ava Renfroe is tired of Alpha males running her life. Growing up the daughter of a strict military general made her crave independence more than air. First she’s kidnapped, and the danger ignites a rage in her body she’s never felt before. Adding insult to injury, her commanding and arrogant new bodyguard is exactly the kind of man she doesn’t want. But try telling that to her out of control libido. Being on the run with a dark and powerful stranger will push Ava so far she might never recover. But this wild, needy thing stirring to life inside her?

With the entire Wolfpack hunting them, there is nothing Damon can do now but keep her close . . . and let their passions burn.

Buy Her Werewolf Bodyguard at these Locations

Lucie paused in front of the Lutzs' garage while the door made its ascent. The heat from the tiny cobblestone driveway scorched right through the bottom of her sneakers, and she rocked back on her heels. For what this brownstone cost, the driveway should have come with air-conditioning. After all, Chicago in August? The humidity alone could suffocate her.

Once the door silently halted, Lucie pointed toward the interior door. "Stay alert, Lauren. This is where it gets tricky."

The newest part-time member of Lucie's dog walking team studied the door and waited for instructions. Lauren seemed like a nice kid. Well, at twenty, she wasn't really a kid. Lucie was only six years older. Still, Lauren was new to Coco Barknell and needed to understand the intricacies of working with the dogs.

"The door," Lucie said, "is your friend. Otis is the deadly combination of a jumper and a runner."

Lauren scrunched her face. "What?"

"When you open the door, you have to do a body block so he doesn't squeeze through. He's an eighty-five pound Olde English bulldog. If you're not careful, you will either A) wind up flat on your butt with Otis on top of you or B) be chasing him around the neighborhood. I've done both and it's not fun. Plus, it'll destroy your schedule."

And with the number of clients Coco Barknell serviced in a day, the schedule was the Bible. As happy as Lucie was about the growth of her dog walking and upscale-dog accessory business, she hated turning the dogs over to others. Of course, she'd done a thorough background check on Lauren, but these animals were almost her babies and she couldn't trust just anyone with them.

Lucie stepped to the door and planted her feet, weight on her heels. "Are you ready?"

Lauren smiled and maybe that smile had a bit of lady-you're-a-fruitcake in it, but the first time Otis did one of his Underdog leaps, she would learn.

Lucie opened the door and the howling began. "Hi, boy," she said, her voice firm and level, no excitement that would cause a doggie mindmelt. "I'm coming in."

Slowly, she inched the door open and slid through with Lauren bringing up the rear. Otis did his normal jumping and Lucie steadied herself for the onslaught. "Off!"

Finally, he sat, but he tracked Lauren with his eyes. Then—here we go—unable to withstand the pressure of a new person in his space, he leaped, his long tongue flying in search of a cheek to lick.

But Lucie would never be Cesar Milan when it came to making Otis understand who the alpha was. That was Joey's specialty. It helped that he was six-foot-four and weighed somewhere in the vicinity of two-thirty.

Dressed in micro shorts, a tank top, and sneakers, Lauren epitomized the wholesome, yet sexy college co-ed. Her heart-shaped face and long blond hair only added to the morphing of girl-next-door and sexy vixen. If Lucie wasn't careful, the girl might drive Coco Barknell's male clients insane.

But the risk was worth it. So far she'd been a responsible employee who showed up on time, ready to work.

Lucie led her through the kitchen to the utility closet, strategically placed in a nook between the kitchen and the adjoining dining room. Otis’s leash and various other dog supplies—poop bags, treats, shampoo—were all stored there and it made Lucie's life a whole lot simpler. Too bad all her clients weren't this organized.

"Whoa. Is this an Arturo Gomez?"

Lucie turned and spotted Lauren a few feet away studying the new painting near the dining room entrance. Lucie had seen the painting for the first time last week and marveled at the rich tones. She'd been drawn to the woman's long, auburn hair cascading over her shoulders as she concentrated on the lute in her hands. The deep red of her dress brought out the smoky archway behind her, and Lucie imagined music echoing off the stone on the surrounding walls.

They shouldn’t be snooping, but the painting was right there. Plus, Lauren was an art history major and probably couldn't control herself. Lucie decided to let it go. Except the schedule was quickly falling apart.

"I don't know who the artist is, but the leash is in this closet."

Ignoring her boss, Lauren inched closer to the painting. "I did a paper on Gomez once. Pure genius at Renaissance."

"It might not even be a Gomez, but it looks like one. I don't think this would be an original though."

Lucie rolled her eyes. The only fake thing in Mr. Lutz's world were his wife's boobs. And those had probably cost a fortune. The man never did anything on the cheap.

The girl straightened up. "Right. Sorry. I've just never seen one in a private collection. I remember something weird about Gomez's paintings and how they were sold. I could be wrong though. I'd love to know where he got this one."

Lucie knew exactly where Mr. L. had gotten it. She'd introduced him to Bart Owens, an art gallery owner who was also a Coco Barknell client. Mr. Lutz had mentioned he wanted to invest in art. Lucie connected him with Bart, and next thing she knew, Bart offered her a finder's fee for the sale of the painting. And all she'd done was make an introduction. If the amount of the finder's fee were any indication, that painting was most definitely an original.

After that hefty commission, Lucie—a business owner with escalating expansion expenses to deal with—found herself dropping Bart's card off with every client she serviced.

Lucie reached into the closet for Otis's leash. “I think it's an original. Here's the leash. Always grab a few of his treats. If he gets loose, it's the only way to lure him back. He's a sucker for peanut butter. Trust me, you don't want him to get loose. He's an animal."

At the sight of his leash, Otis leaped, knocking Lucie back a step, but she held her hand out. "Yes, baby. I know. It's Lucie time."

When Lucie shoved the leash at her new dog walker, Lauren tore her gaze from the painting. "Sorry. I promise I'm not this flighty. It's like meeting my favorite celebrity. Total fan-girl here. Would you be able to find out the name of this painting for me? Would that be okay?"

She looked back at the painting with a wistful longing and something in her expression reminded Lucie of herself at twenty. She'd been at Notre Dame back then and dreaming of a future in banking. She'd worked hard, graduated with honors, and landed a job as Mr. Lutz's assistant at one of the city's top investment banks. During that time, she’d lived her dream of being more than mob boss Joe Rizzo's kid. In the world of investment banking, she'd moved beyond the title of mob princess.

For a little while.

Being downsized had certainly humbled her. Reminded her, as if she needed reminding, how easily life could change. It had also busted her back to living in her parents' home.

That aside, she was now living a different dream. Building her own company. Who would have imagined her little side business of making high-end dog accessories would take off? But take off it did.

Now Lucie, along with her mother and best friend, Roseanne, had a major department store pressuring them for more dog coats and collars. The faster they made them, the faster they sold and Lucie's panic meter had shot to the red.

All in all, a nice problem to have considering she could still be unemployed, but as with any growing business, time had become scarce. Speaking of...

Lucie checked the time on her phone. Eight minutes behind.

If they didn't make up some of that eight minutes, by the end of the day, it would be an hour. "Let's hit it, Lauren. Plenty more dogs to see today. I'll ask Mr. Lutz for the title of the painting."